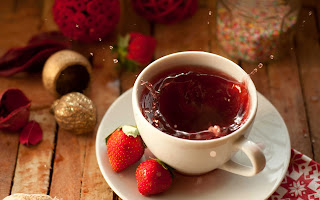 It was a long climb up the face of the building, and one fraught with much danger, but there was no other way, and so I essayed the task. The fact that Barsoomian architecture is extremely ornate made the feat much simpler than I had anticipated, since I found ornamental ledges and projections which fairly formed a perfect ladder for me all the way to the eaves of the building. Here I met my first real obstacle. The eaves projected nearly twenty feet from the wall to which I clung, and though I encircled the great building I could find no opening through them.
The top floor was alight, and filled with soldiers engaged in the pastimes of their kind; I could not, therefore, reach the roof through the building.
There was one slight, desperate chance, and that I decided I must take—it was for Dejah Thoris, and no man has lived who would not risk a thousand deaths for such as she.
Clinging to the wall with my feet and one hand, I unloosened one of the long leather straps of my trappings at the end of which dangled a great hook by which air sailors are hung to the sides and bottoms of their craft for various purposes of repair, and by means of which landing parties are lowered to the ground from the battleships.
I swung this hook cautiously to the roof several times before it finally found lodgment; gently I pulled on it to strengthen its hold, but whether it would bear the weight of my body I did not know. It might be barely caught upon the very outer verge of the roof, so that as my body swung out at the end of the strap it would slip off and launch me to the pavement a thousand feet below.
An instant I hesitated, and then, releasing my grasp upon the supporting ornament, I swung out into space at the end of the strap. Far below me lay the brilliantly lighted streets, the hard pavements, and death. There was a little jerk at the top of the supporting eaves, and a nasty slipping, grating sound which turned me cold with apprehension; then the hook caught and I was safe.