Flutter, flutter, went the flag, first to the right, then to the left. It was too far for me to recognise anyone there, but afterwards I learned that Ogilvy, Stent, and Henderson were with others in this attempt at communication. This little group had in its advance dragged inward, so to speak, the circumference of the now almost complete circle of people, and a number of dim black figures followed it at discreet distances.
Suddenly there was a flash of light, and a quantity of luminous greenish smoke came out of the pit in three distinct puffs, which drove up, one after the other, straight into the still air.
This smoke (or flame, perhaps, would be the better word for it) was so bright that the deep blue sky overhead and the hazy stretches of brown common towards Chertsey, set with black pine trees, seemed to darken abruptly as these puffs arose, and to remain the darker after their dispersal. At the same time a faint hissing sound became audible. 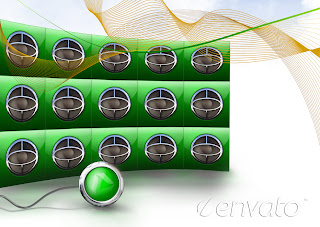 Beyond the pit stood the little wedge of people with the white flag at its apex, arrested by these phenomena, a little knot of small vertical black shapes upon the black ground. As the green smoke arose, their faces flashed out pallid green, and faded again as it vanished. Then slowly the hissing passed into a humming, into a long, loud, droning noise. Slowly a humped shape rose out of the pit, and the ghost of a beam of light seemed to flicker out from it.
Forthwith flashes of actual flame, a bright glare leaping from one to another, sprang from the scattered group of men. It was as if some invisible jet impinged upon them and flashed into white flame. It was as if each man were suddenly and momentarily turned to fire.
Then, by the light of their own destruction, I saw them staggering and falling, and their supporters turning to run.
I stood staring, not as yet realising that this was death leaping from man to man in that little distant crowd. All I felt was that it was something very strange. An almost noiseless and blinding flash of light, and a man fell headlong and lay still; and as the unseen shaft of heat passed over them, pine trees burst into fire, and every dry furze bush became with one dull thud a mass of flames. And far away towards Knaphill I saw the flashes of trees and hedges and wooden buildings suddenly set alight.