But how now? in this zoned quest, does Ahab touch no land? does his crew drink air? Surely, he will stop for water. Nay. For a long time, now, the circus-running sun has raced within his fiery ring, and needs no sustenance but what’s in himself. So Ahab. Mark this, too, in the whaler. While other hulls are loaded down with alien stuff, to be transferred to foreign wharves; the world-wandering whale-ship carries no cargo but herself and crew, their weapons and their wants. She has a whole lake’s contents bottled in her ample hold. She is ballasted with utilities; not altogether with unusable pig-lead and kentledge. She carries years’ water in her. Clear old prime Nantucket water; which, when three years afloat, the Nantucketer, in the Pacific, prefers to drink before the brackish fluid, but yesterday rafted off in casks, from the Peruvian or Indian streams. Hence it is, that, while other ships may have gone to China from New York, and back again, touching at a score of ports, the whale-ship, in all that interval, may not have sighted one grain of soil; her crew having seen no man but floating seamen like themselves. So that did you carry them the news that another flood had come; they would only answer—”Well, boys, here’s the ark!”
Now, as many Sperm Whales had been captured off the western coast of Java, in the near vicinity of the Straits of Sunda; indeed, as most of the ground, roundabout, was generally recognised by the fishermen as an excellent spot for cruising; therefore, as the Pequod gained more and more upon Java Head, the look-outs were repeatedly hailed, and admonished to keep wide awake. But though the green palmy cliffs of the land soon loomed on the starboard bow, and with delighted nostrils the fresh cinnamon was snuffed in the air, yet not a single jet was descried. Almost renouncing all thought of falling in with any game hereabouts, the ship had well nigh entered the straits, when the customary cheering cry was heard from aloft, and ere long a spectacle of singular magnificence saluted us. 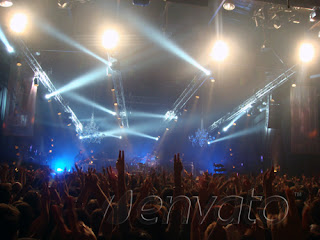 But here be it premised, that owing to the unwearied activity with which of late they have been hunted over all four oceans, the Sperm Whales, instead of almost invariably sailing in small detached companies, as in former times, are now frequently met with in extensive herds, sometimes embracing so great a multitude, that it would almost seem as if numerous nations of them had sworn solemn league and covenant for mutual assistance and protection. To this aggregation of the Sperm Whale into such immense caravans, may be imputed the circumstance that even in the best cruising grounds, you may now sometimes sail for weeks and months together, without being greeted by a single spout; and then be suddenly saluted by what sometimes seems thousands on thousands.
Broad on both bows, at the distance of some two or three miles, and forming a great semicircle, embracing one half of the level horizon, a continuous chain of whale-jets were up-playing and sparkling in the noon-day air. Unlike the straight perpendicular twin-jets of the Right Whale, which, dividing at top, fall over in two branches, like the cleft drooping boughs of a willow, the single forward-slanting spout of the Sperm Whale presents a thick curled bush of white mist, continually rising and falling away to leeward.
Seen from the Pequod’s deck, then, as she would rise on a high hill of the sea, this host of vapoury spouts, individually curling up into the air, and beheld through a blending atmosphere of bluish haze, showed like the thousand cheerful chimneys of some dense metropolis, descried of a balmy autumnal morning, by some horseman on a height.
As marching armies approaching an unfriendly defile in the mountains, accelerate their march, all eagerness to place that perilous passage in their rear, and once more expand in comparative security upon the plain; even so did this vast fleet of whales now seem hurrying forward through the straits; gradually contracting the wings of their semicircle, and swimming on, in one solid, but still crescentic centre.
Crowding all sail the Pequod pressed after them; the harpooneers handling their weapons, and loudly cheering from the heads of their yet suspended boats. If the wind only held, little doubt had they, that chased through these Straits of Sunda, the vast host would only deploy into the Oriental seas to witness the capture of not a few of their number. And who could tell whether, in that congregated caravan, Moby Dick himself might not temporarily be swimming, like the worshipped white-elephant in the coronation procession of the Siamese! So with stun-sail piled on stun-sail, we sailed along, driving these leviathans before us; when, of a sudden, the voice of Tashtego was heard, loudly directing attention to something in our wake.